What is an external otitis externa?

This outer ear infection is frequently caused by contact with moisture. It is common among children, adolescents, and adults who swim frequently. In the United States, nearly 2.4 million healthcare visits are a result of swimmer’s ear each year.

What causes an otitis externa?

Swimming (or perhaps frequent bathing or showering) can cause an outer ear infection. The water left in the ear canal can serve as a bacterial breeding ground.

If the thin layer of skin lining the ear canal is injured, an infection can also develop. This delicate skin can be damaged by vigorous scratching, the use of headphones, or inserting cotton swabs.

When this skin layer becomes damaged and inflamed, it can provide bacteria with a foothold. Cerumen (earwax) is the ear’s natural defence against infection; however, constant exposure to moisture and scratching can deplete the ear of cerumen, increasing the likelihood of infection.

What are the signs and symptoms?

Symptoms of external otitis include:

Extreme facial, head, or neck pain may indicate that the infection has advanced significantly. Additionally, symptoms accompanied by a fever or swollen lymph nodes may indicate an infection’s progression. Consult a doctor immediately if you experience ear pain accompanied by any of these symptoms.

Who is susceptible to outer ear infections?

Additionally, excessive showering or ear cleaning can leave the ear susceptible to infection. The narrower the ear canal, the greater the likelihood of water accumulation. Typically, the ear canals of children are narrower than those of adults.

Additionally, the use of headphones or a hearing aid, as well as skin allergies, eczema, and skin irritation caused by hair products, increase the risk of developing an outer ear infection.

Swimmer’s ear is not contagious in and of itself.

Infections of the outer ear may heal on their own without treatment. The most common treatment for an outer ear infection that has not healed on its own is antibiotic eardrops such as Otomize. They may be prescribed by a physician at My London Pharmacy.

Antibiotic drops mixed with steroids may also be prescribed to reduce ear canal swelling. Typically, the ear drops are used multiple times per day for seven to ten days.

If the outer ear infection is caused by a fungus, your doctor will prescribe antifungal ear drops. This infection is more prevalent in individuals with diabetes or weakened immune systems.

While the infection is healing, it is essential to keep water out of the ears to reduce symptoms.

Medications like ibuprofen and Paracetamol that are available without a prescription can be used to relieve pain. Prescription pain medication may be prescribed in extreme cases.

Prevention is the most important aspect of home treatment for outer ear infections. Keeping the ear as dry as possible reduces the likelihood of infection.

Other important considerations include:

after swimming, drying the head and ears with a towel

Infection of the outer ear in children:

Children who spend a great deal of time in the water are especially susceptible to outer ear infections. Because their ear canals are smaller than those of adults, it is more difficult for fluid to drain properly from children’s ears. This may result in an increase in infections.

A common symptom of an outer ear infection is ear pain. Younger children and children who cannot speak may exhibit the following symptoms:

pulling on or tugging near their ear crying when touching their ear having fever, in rare instances being fussy, crying more than usual, or having difficulty sleeping having fluid draining from their ear

Several complications can develop if an outer ear infection is left untreated and does not heal on its own.

Abscesses may develop around the affected ear region. Your doctor may need to drain these lesions if they do not heal on their own.

Chronic infections of the outer ear can narrow the ear canal. In extreme cases, narrowing may result in deafness. It requires treatment with antibiotics.

Infections of the outer ear caused by objects inserted into the ear can also result in ruptured or perforated eardrums. This can be extremely uncomfortable. Hearing loss, ringing or buzzing in the ears, discharge, and bleeding from the ear are among the symptoms.

Necrotizing (malignant) otitis externa occurs infrequently. This is a severe complication in which the infection spreads to the cartilage and bone surrounding the ear canal.

Adults with compromised immune systems are at the greatest risk. Without treatment, it is fatal. As a medical emergency, the following symptoms are present:

On the side of the affected ear, facial nerve palsy (drooping of the face) exposes bone in the ear canal.

How do you diagnose an outer ear infection?

Typically, a doctor can diagnose an outer ear infection by evaluating the patient’s symptoms and examining the ear with an otoscope.

The prognosis for these types of infections is typically favourable: infections frequently heal on their own or can be eliminated with eardrops.

The most effective method for avoiding swimmer’s ear is to keep your ears as dry as possible.

Using earplugs or a swimming cap can be beneficial when swimming.

After swimming or showering, it is advised that you thoroughly dry your ears.

When you tilt your head so that each ear faces the ground, excess water drains away.

Keeping objects such as cotton swabs, hairpins, pens, and pencils out of the ear canal prevents damage and reduces the risk of infection.

Yousef is a community pharmacist with an extensive experience in minor ailment treatments. He is a graduate of University College London. 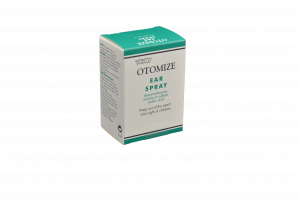