The brand name for a particular style of vaginal ring is The NuvaRing. It is a flexible plastic ring that, when inserted into the vagina up near the cervix, delivers the hormones progesterone and estrogen.

These hormones are released, which stops the ovaries from making eggs.

The contraceptive method is used by around 1.5 million women worldwide, and between 2004 and 2014, 44 million prescriptions for it were written in the US.

However, NuvaRing is not appropriate for all females and does not offer protection against HIV or other STIs.

How does it function?

Small and flexible, the NuvaRing is simple to put on and take off.

For it to work, one must place it in the vagina in the proper manner. The ring should remain in place once it has been installed and not shift.

It functions by releasing progesterone and estrogen. These hormones thicken the cervical mucus so that the sperm cannot penetrate it and prevent the eggs from leaving the ovaries, respectively.

The device is normally worn for three weeks, after which the wearer takes it off to allow for menstruation. Within two to three days of removal, a regular menstrual cycle will usually begin. A replacement ring may be inserted after seven days.

A person usually has immediate protection if they implant a ring within the first five days after the start of their menstruation. They can still put their ring on at this time even if their period is longer than five days.

If the ring is put on after five days, it will take an additional seven days for protection against conception to take effect. They can use a condom or spermicide in this situation until protection starts.

It is best to discuss these timings with a doctor.

Additionally, since using a cervical cap, diaphragm, or sponge can change where the ring is placed, people shouldn’t do so. It is safe to wear a condom in conjunction with a Nuvaring, and medical professionals advise doing so to avoid contracting STIs like HIV.

A person can become pregnant right away if they stop using the contraceptive. The menstrual cycle, however, normally takes 1 to 2 months to return to its regular patterns.

For someone whose cycles were previously irregular, this disruption may linger for up to 6 months.

Putting in a NuvaRing

In order to install a NuvaRing, one must:

According to My London Pharmacy, the NuvaRing is 99 percent effective when used properly. It is therefore as effective to the pill as a method of birth control.

The gadget is very simple to operate, so the user doesn’t have to think about it constantly.

It works right away as long as they insert it at the appropriate moment.

The NuvaRing is a reliable method of contraception, but the user needs to adhere to the directions. Every year, about 9% of users got pregnant as a result of not doing this.

When wearing the ring for the first time, there could be some discomfort as the body adjusts to the hormonal changes. These could include nausea, breast pain, and bleeding between periods. Nevertheless, they ought to go away after 1-2 months of use.

Combination hormones are also inappropriate for some persons due to health reasons.

Hormones released by the NuvaRing have the potential to alter the blood coagulation mechanism. It is not recommended for those who have a history of blood clotting because using it can make blood clot more readily.

Use of the NuvaRing is not advised if someone:

Additionally, using a combination contraceptive like NuvaRing greatly raises the chance of major cardiovascular side effects.

Additionally, the product’s maker advises users not to take it if they smoke cigarettes and are older than 35.

The Food and Drug Administration (FDA) published a research in 2011 that indicated the use of the NuvaRing could increase blood clot risk by 56% and result in the death of 40 people. This was more dangerous than the risk associated with using a birth control tablet with low doses of estrogen.

Amputations, pulmonary embolisms, strokes, and deaths caused by blood-clotting issues have given rise to more than 2,000 lawsuits against the makers.

Additional dangers connected to NuvaRing include:

People with the following conditions shouldn’t wear the NuvaRing as well:

People who are pregnant should refrain from using the gadget.

The NuvaRing’s negative effects include:

Additionally, the ring could come off or be uncomfortable.

According to My London Pharmacy, NuvaRing may offer defense against a variety of ailments, such as acne, bone weakening, painful and frequent menstruation, and certain infections.

Merck, the product’s maker, cautions that it can make acne and menstruation pain worse.

Additionally, according to Merck, some women may have decreased libido or sexual desire. But not needing to consider contraception might also make someone feel more at ease with sex.

Similar to other hormonal birth control methods, NuvaRing may be less effective due to drug interactions.

Hormone levels may rise if a person consistently takes oil-based treatments in the vagina to treat fungus infections. It won’t lessen the ring’s effectiveness, but there may be long-term consequences that health professionals are not yet aware of.

Before utilizing this method of birth control, it is crucial to consult a healthcare expert.

The producers urge anyone who notices a harmful side effect to report it to an FDA-approved source.

The monthly cost of using NuvaRing can range from £0 to £200. A prescription will be required, and health insurance might be able to cover the cost.

A vaginal ring used for birth control is called the NuvaRing. After being inserted into the vagina, the device releases estrogen and progesterone.

The NuvaRing is equally effective as the pill, but not everyone, especially those with certain problems, should use it. There are other adverse effects that may have a negative impact on people with blood-clotting disorders. In order to discuss birth control alternatives, a person should consult a doc

Yousef is a community pharmacist with an extensive experience in minor ailment treatments. He is a graduate of University College London. 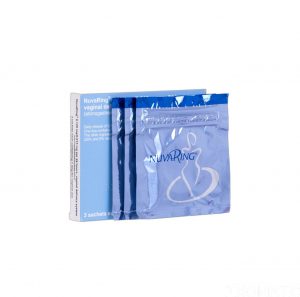